Article from the Jamestown Post Journal (http://www.post-journal.com/sports/local-sports/2017/04/njcaa%E2%80%88golf-nationals-to-remain-at-chautauqua/) by Scott Kindberg. 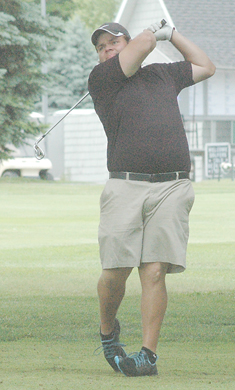 But before a ball is even teed up on the Lake Course, Jamestown Community College has learned that its bid to host the tournament through 2020 was approved by the NJCAA at its national meeting last week in Reno, Nevada.

"They awarded us to host for the next three years — 2018 through 2020," JCC athletic director Keith Martin said earlier this week. "Of course, we're finishing up the last of the three-year bid this year."

The 2017 national championships begin with a practice round on June 5. The tournament runs June 6-9.

"I wanted to share the news," said Martin, who serves as the tournament director. " … We really wanted to put our best foot forward and show the commitment to running it. I'm very pleased they saw this in us."

"We have been so fortunate to have such a hard-working and committed team that has been truly focused on making this event so special to qualifiers, coaches, college dignitaries and others," he said. "Being awarded to host a national championship here in Chautauqua County for 21 years in a row is truly historic."

There have been plenty of memorable moments through the years, including JCC's national title in the first year (2000) and its ever-so-close effort in 2012. In 2016, Dante Migliore of Hudson Valley CC needed five playoff holes before his eagle finally defeated Chase Cole of Georgia Northwest Tech for medalist honors.

Martin said the NJCAA Championships also serve as a "jump-start" to the summer.

"It's a win-win for everybody, and it's a feather in the cap of (Greg Fish) of what he started," Martin said.